The tinned copper mold retains all the crispness of cannelé while keeping the inside soft and tender. The famous and beautiful caramelising effect would be guaranted.

A pastry tool used by the best French chefs. Because the authentic copper mold is the best way to perfectly bake the cannelé. Just like them, achieve soft interior and the crisp exterior.

All cannelés molds are made in Gironde, in the west of France, near Bordeaux. They are produced according to the authentic traditional way in a little family compagny. 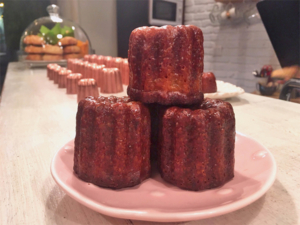 FOR ALL FOOD LOVERS 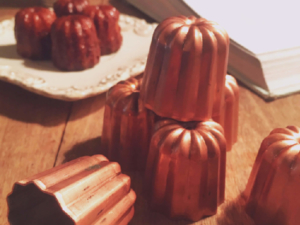 TOP OF YOUR MEAL 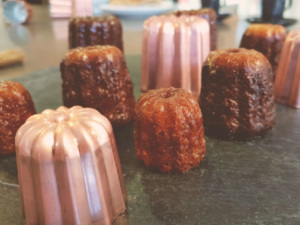 A TASTE OF SWEETNESS

Perfect for sweet accompaniment, those ⌀ 35mm cannelé are irresistible.
-Weight of mold : 28 g
-Weight of dough per mold : 25/28 g 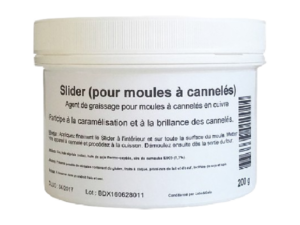 Slider is a greasing agent, perfect to make canelés. Thanks to its high temperature tolerance and the presence of vegetable wax, you will make beautiful colored, crunchy and brilliant canelés!

The recipe of cannelés bordelais 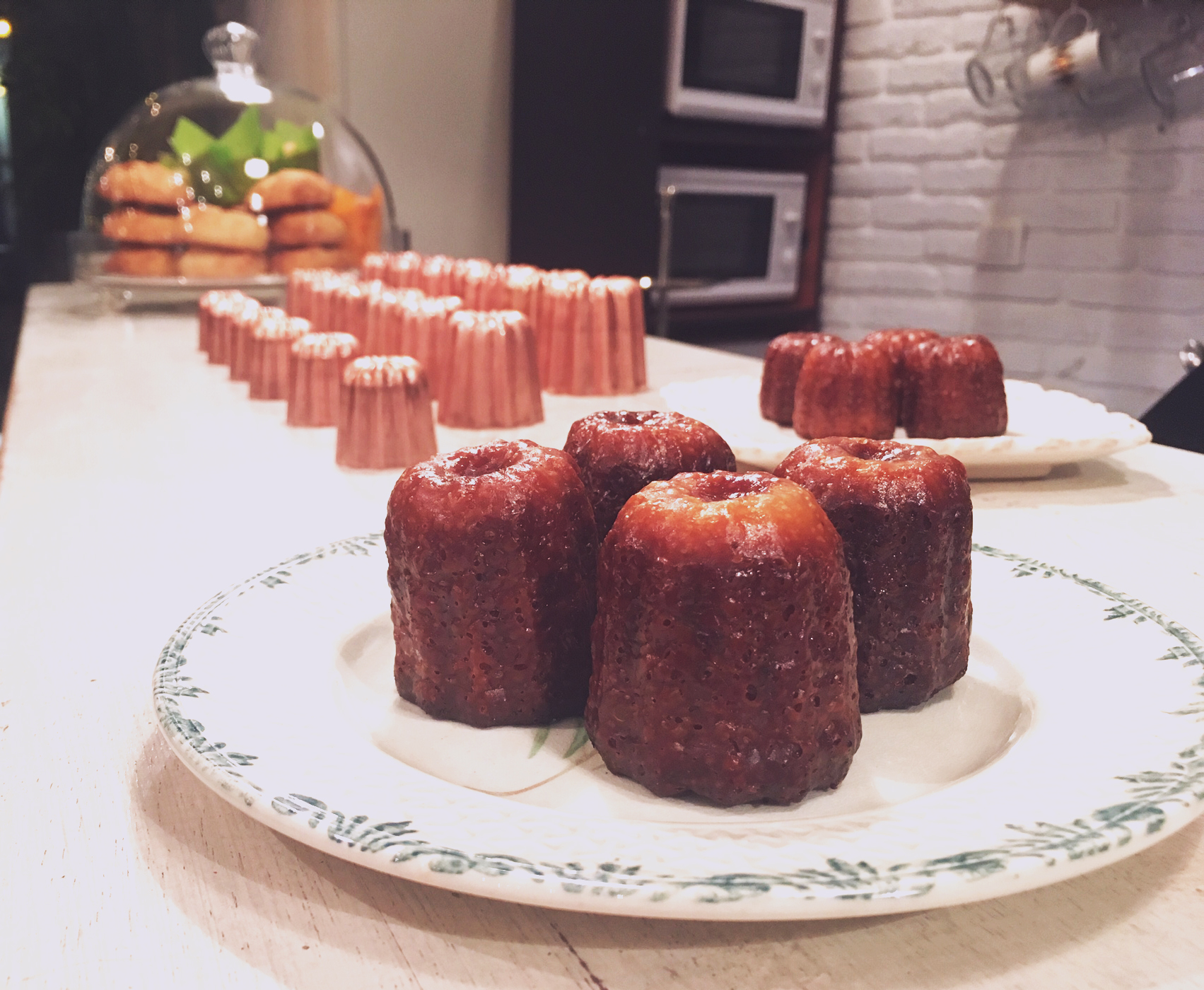 Preparation of the Cannelés batter (24/48 h prior baking)

In a saucepan, combine and bring to a boil the milk (1), the sugar, the butter, and the vanilla beans with the crapings.

Meanwhile, whisk the milk (2), eggs, the rum and the aromas with a hand blender.

When the milk (1) comes to a boil, take off the vanilla beans, pour the second preparation, and stir together.

To finish, add the flour and mix quickly with the hand blender.

Sieve the batter, put back the vanilla beans and set aside for 24  to 48 hours in a refrigerator.

The texture of the mix should be fluid. After the refrigerator time, remove the vanilla beans once again.

With a pastry brush, delicately line the copper molds.

Stir in the cannelés batter with a ladle to blend the preparation. Fill the molds with a funnel.

Turn out the cannelés cooked right out of the oven.

Wait about half a day before enjoying a perfectly cannelé crisp and soft.

Wash the molds with soapy water, rinse and dry them with a clean cloth
Warning, the molds are not dishwasher safe!
Apply a layer of Slider in the molds with a brush
Then put the molds in the oven to 200/230°C with nothing else.
After 20 minutes, remove from oven, and let the molds cool down before drying them off with a paper towel. The molds are ready to be used. 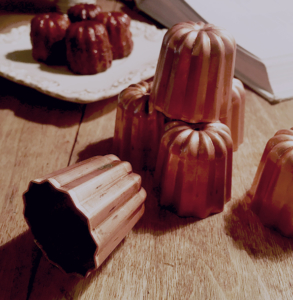 How to keep the molds in perfect condition

Apply a thin layer of Slider in the molds before pouring the cannelé batter
Bake the cannelés according to your recipe.
To have crusty cannelés, remove them from the molds right out of the oven.
Then, put the molds away without even washing them! Indeed, for an excellent unmolding over time, the molds shouldn’t be wash.
If some batter sticks inside the molds, simply soak them in warm water for a wile. From time to time, proceed to another « culottage ». But in any case, never wash the molds in the dishwasher.

In order to restore the brillance of your copper molds, do not hesitate to scrub the outside with a mix of flour, egg white and white vinegar.

The story of the cannelé bordelais

Why was the cannelé born in Bordeaux?

According to legend, the cannelé was invented over the 18th century, by the nuns of the Sainte-Eulalie’ church, in Bordeaux (just a few steps away from the historic shop Labo&Gato). And at that time, the cannelé was known as « canelas » or « canelons ».

But why was the cannelé born in Bordeaux? Because back in those days, the port of Bordeaux was an ideal trade route with remote islands. Trade in sugar, rum and vanilla, essential ingredients for the preparation of cannelé, was abundant.

The origin of the cannelé would be related to win. Indeed, during the vinification, winemakers were used to whip egg whites as fining agents. The staff of the Châteaux was then in charge of separating the eff whites from the yolks, and the unused yolks were given to the Little Sisters of the Poor, who were using them to prepare the cannelés.

Back into fashion during the 80s, the cannelé is now one of the flagship products of Bordeaux, just like the wine.

The authentic tinned copper mold is ideal to bake cannelés. Because it absorbs and conducts heat better, the cannelés are crusty and caramelized on the outside, and soft on the inside. 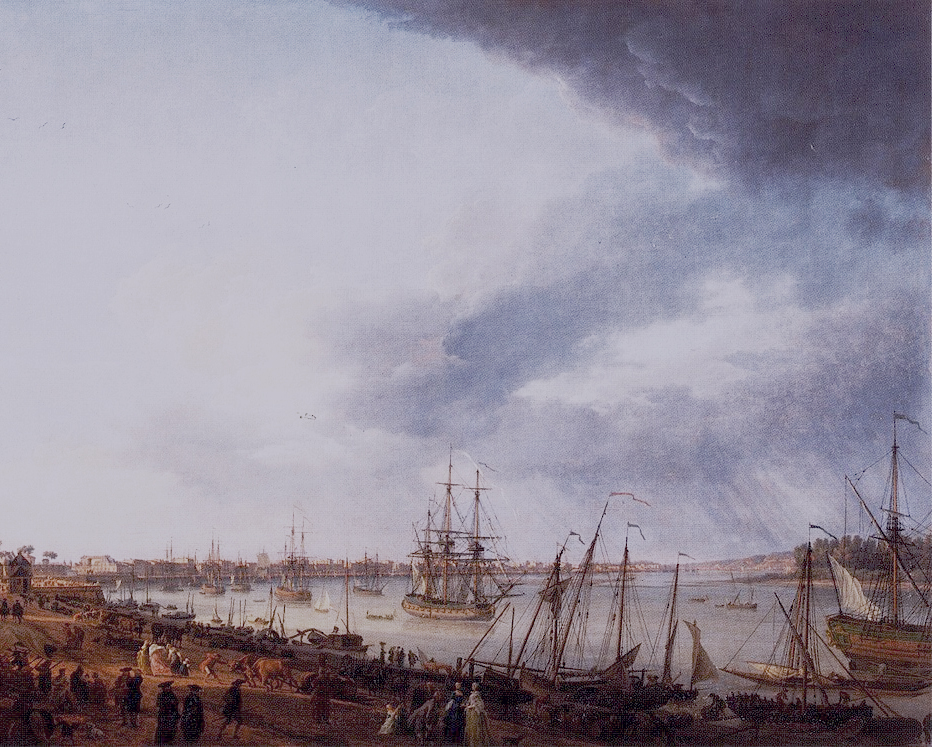 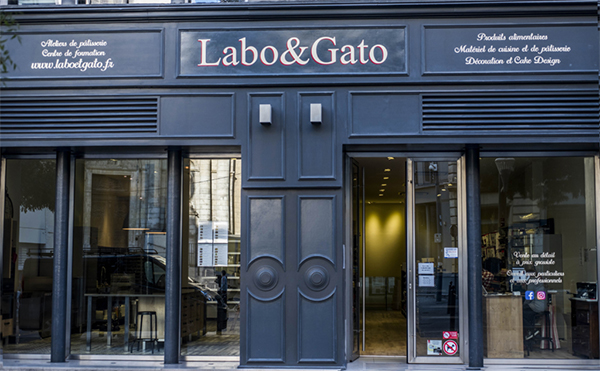 Labo&Gato was born in 2011 from the will of two brothers to make the world of pastry accessible. Damien is trained cook and officiated several years in restaurant pastry, Lucas is from the middle of the food and cultivates a real passion for food science.

Their idea is simple: provide both personal and professional equipment and products for baking, with a work of repackaging to suit everyone.

As pastry is not a case about, Labo&Gato had the idea to propose pastry workshops for all levels to become familiar in usability, with technical and professional products.

The bet is successful and the company is expanding over the years.

Have questions? We’ll be happy to answer!